Integrated Security Corporation (ISC) has provided world class intrusion detection products for high security sites for over 30 years.  When a state Department of Corrections client wanted protection for exterior doors and roof hatches, their initial response was to get a quote for wired door contacts.  Shortly thereafter, ISC showed them Hydra for the first time and they immediately thought of using Hydra sensors as an alternative.  Usually Corrections Departments are very resistant to using new products.  However, the opportunity to save over half the cost caused them to request an on-site test. After a several week trial, the DOC decided to use Hydra sensors throughout the facility. 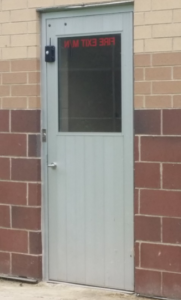 The main antenna was mounted on the roof. Several Access Point antennas were mounted around the facility to insure a solid reporting path from the remote sensors.  One sensor was mounted to a door that has inmate access; this was secured in a heavy duty plastic case to prevent an inmate from damaging the sensor while allowing the Hydra sensor to transmit a signal.  The system was installed and tested in less than 2 days.

Hydra is such an innovative new product one of the challenges ISC has is conveying Hydra’s flexible and scalable architecture.   While it certainly works excellently as a perimeter system, its numerous other uses compelled ISC to describe it as an Asset Protection System.  Whether you are looking to protect a perimeter, doors, vehicles or materials, Hydra is the right choice.

For the best in perimeter security for corrections facilities, cannabis grow farms, and more, contact Integrated Security Corp. Our team of professionals will determine the best system to protect whatever matters most to you.